This homemade Southern country gravy recipe is so easy and simple to make. Gravy is a favorite comfort food of ours, especially during the Thanksgiving and Christmas holidays when it is poured over the top of Southern cornbread dressing and Thanksgiving dressing. It also tastes fantastic poured over fried pork chops, boiled whole potatoes, mashed potatoes, baked potatoes, fried chicken, or homemade biscuits.

Note: If you don’t have any meat drippings, you can use 1/4 of a cup of oil or unsalted butter, 1/4 cup of flour, and 2 and 1/2 cups of your choice of chicken broth, turkey broth, beef broth, or vegetable broth sold in the soup section of the grocery store instead of the water and milk. Then season to taste with table salt and ground black pepper and whatever other seasonings you prefer, if any.

Explanation of the Flour and the Fat

This is a simple roux (pronounced roo) – Roux is equal parts flour that is added to equal parts fat in a frying pan, then cooked to your desired color, either white, light blond, brown, or even dark brown. White roux is cooked in the least amount of time, dark brown roux is cooked the longest. Roux is used for thickening sauces, gravies, soups, and the like.

We made this Southern country gravy recipe with about 1/4 of a cup of grease drippings from fried pork chops to make delicious rich gravy. But you can use 1/4 of a cup of any meat drippings you prefer. We also added 5 tablespoons of vegetable oil to the pork chops while frying them in the frying pan. If you don’t have enough meat drippings, you can add some butter or extra vegetable oil to the frying pan as we did.

Take note that this gravy recipe is made after you have cooked meat in a hot pan (or baked it in the oven) and the flavor will change slightly depending on what type of meat you prepared.

Some examples of fat are:

Some examples of fried meats that produce pan drippings (fat) can be:

Step 1. Add the Flour to the Fat Drippings in a Frying Pan

Put 1/4 of a cup of whatever meat drippings you have into a large skillet or cast iron skillet. Add 1/4 cup of all purpose flour and stir to blend the flour and grease until smooth.

Then, cook over medium-high heat, stirring constantly with a flat spatula, regular spoon, wooden spoon, or whisk until the flour mixture and drippings are lightly browned in color, or it is the color of your choosing. We made a light brown gravy.

Step 2. Add the Water and Milk

After the flour and fat mixture is brown, add 2 cups of water and 1/2 cup of whole milk together with the browned flour mixture, stirring constantly. A whisk works a bit better to get the gravy smooth. Continue to cook on medium-high heat until you see it start to boil.

Tip: As mentioned above, for the best results, use a whisk to get the lumps out and to make the gravy smooth.

Step 4. Pour the Southern Country Gravy into a Gravy Boat

After that, pour the gravy into a gravy sauce boat or serving dish and serve it at dinner time alongside the dinner you prepared. Enjoy!

Can I Freeze Leftover Homemade Gravy

Some gravies do not freeze well, such as those types with milk or dairy products included in the ingredients. But yes, you can certainly freeze any leftover broth-type homemade gravy you have. Put the leftover gravy into an airtight container and freeze for up to a couple of months. When ready to use the gravy, take it out of the freezer the night before and put it in the refrigerator to thaw. Reheat the gravy in a microwave-safe bowl in the microwave, or in a pot on the stove until heated through.

What if I Don’t Have Grease Drippings From Meat?

If you don’t have grease drippings from meat, you can use vegetable oil or melted butter.

How Do I Use Melted Butter for Gravy?

Melt 2 tablespoons of butter on medium heat and when the butter starts to turn a little brown, reduce the heat to medium-low. Then add 1/4 cup of all-purpose flour to the melted butter and stir thoroughly. After that, add half of the 2 and 1/2 cups of chicken broth, stir, then add the other half of the broth. Keep stirring. Add a couple of pinches of salt and pepper at first, then stir. Taste to see if you need any more salt or pepper to your taste. Bring to a boil, reduce the heat to low, and let the gravy thicken, while you keep stirring.

Always a family favorite, this easy country pan gravy is a quick and easy recipe to make at the last minute. This gravy is also very versatile. You can use any drippings from the meat you are cooking when you decide you want to make some last-minute gravy.

For example, when baking a chicken or turkey, you can collect some of the drippings and put it in the frying pan with some flour, brown it, and then add some water and beef bouillon, and stir until it thickens. All the flavors from the meat will be in the gravy. Additional salt, pepper, or your favorite seasonings can be added.

Or for that Saturday morning perfect breakfast or for those lazy Sunday mornings, fry up some bacon, eggs, and some homemade buttermilk biscuits. But hey, don’t throw the bacon fat away. Instead, make some bacon gravy. Make it with flour, water, and seasonings, then pour the gravy over the biscuits. Yum!

✨ More Easy Recipes You Will Love

The next time you are hungry for something so good to eat, but want a simple recipe that’s easy to make, here are some delicious recipes for you to try! 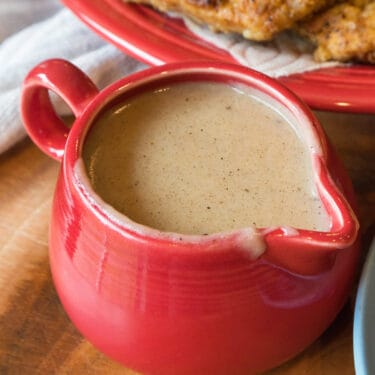 A wife, a mother to a son and a daughter, and a grandmother to three granddaughters. Flo loves sharing recipes passed down from her own mother, her mother-in-law, and her grandmother as well as new recipes created with her daughter, Tamara Ray.
More by Flo ➡️

Hi! We are Washingtonians, born and raised near the foothills of Mt Rainier. We are a mother-daughter team here to teach you simple and easy, yet delicious recipe ideas! Here you will find our favorite meals passed down from previous generations as well as our take on new favorites. Thank you for visiting. 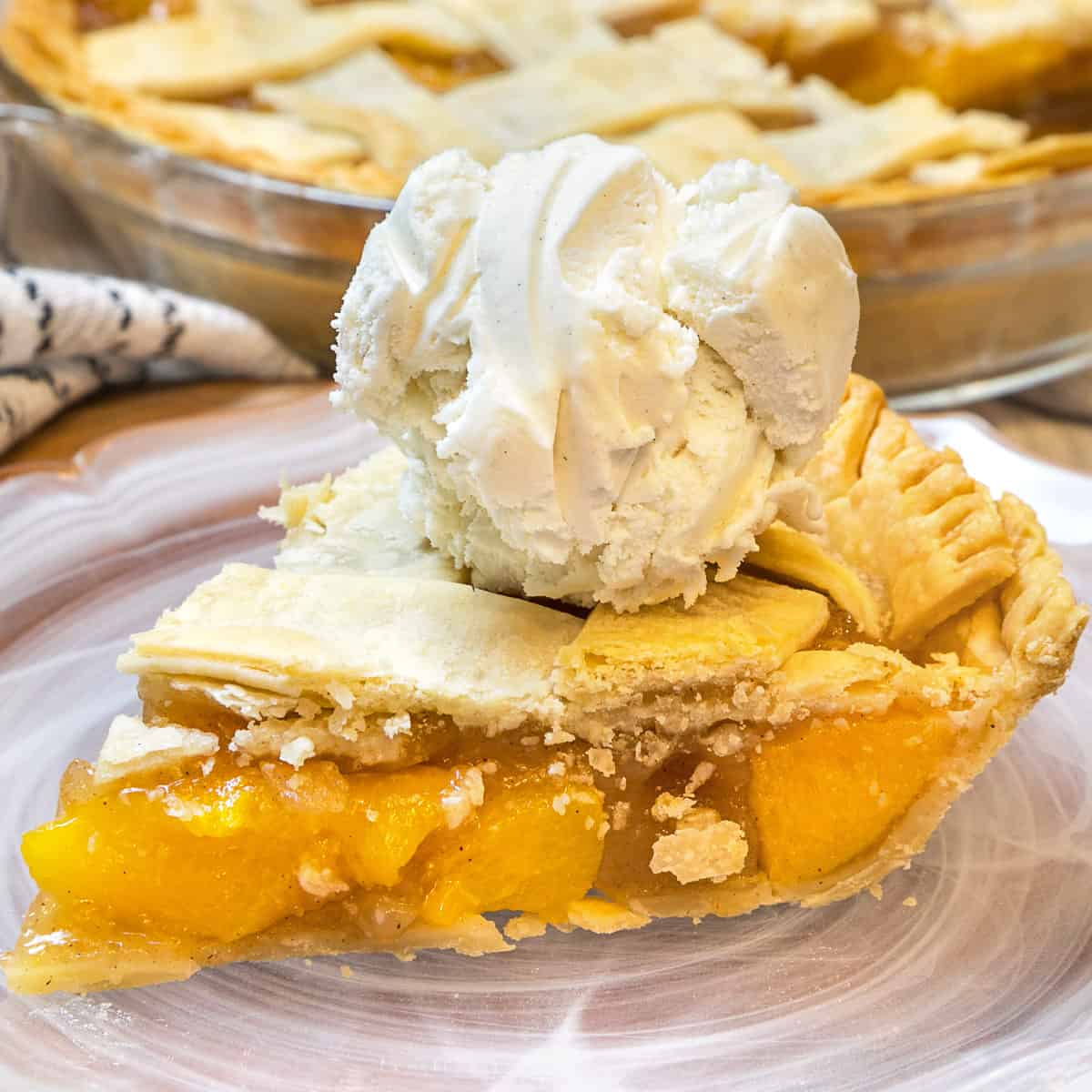 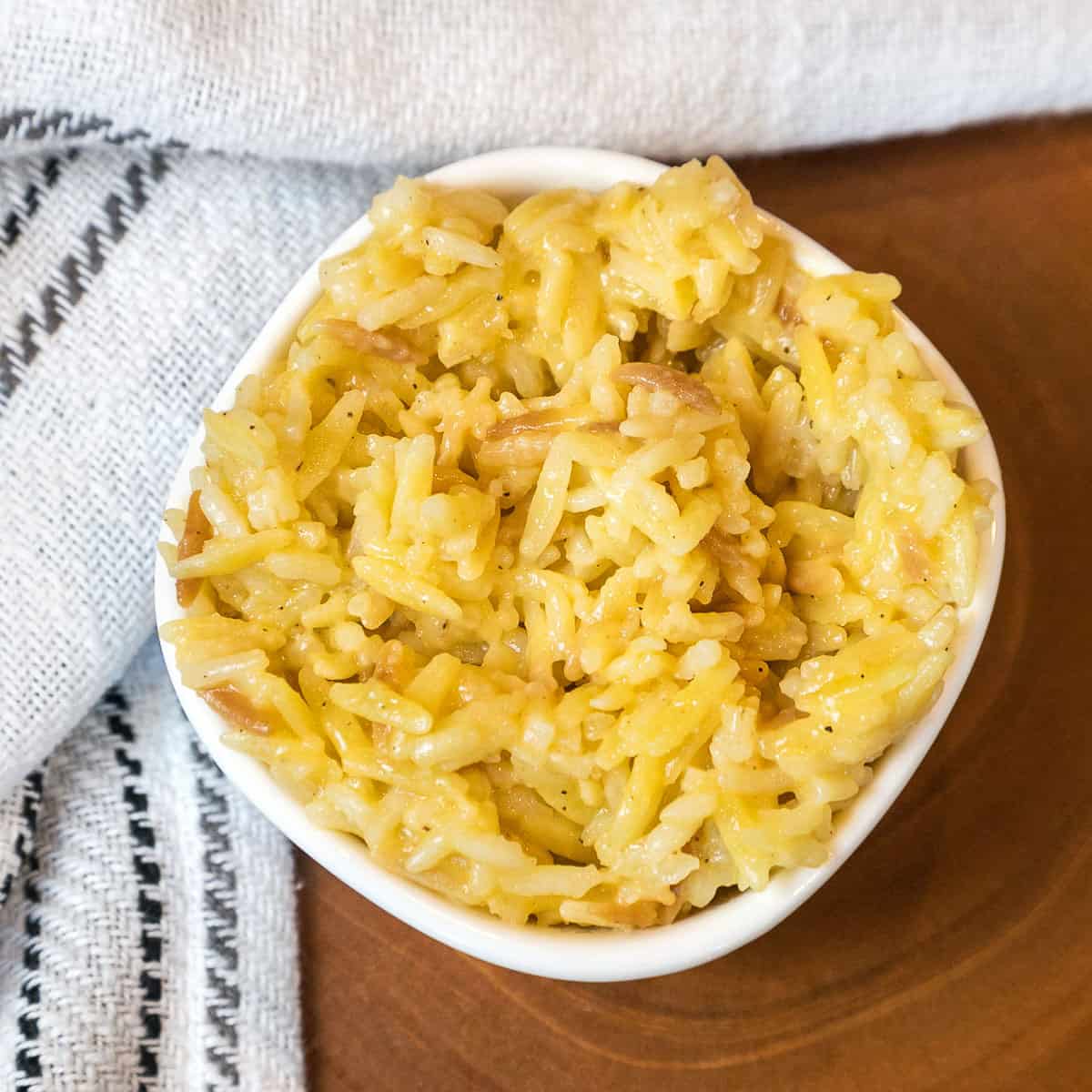 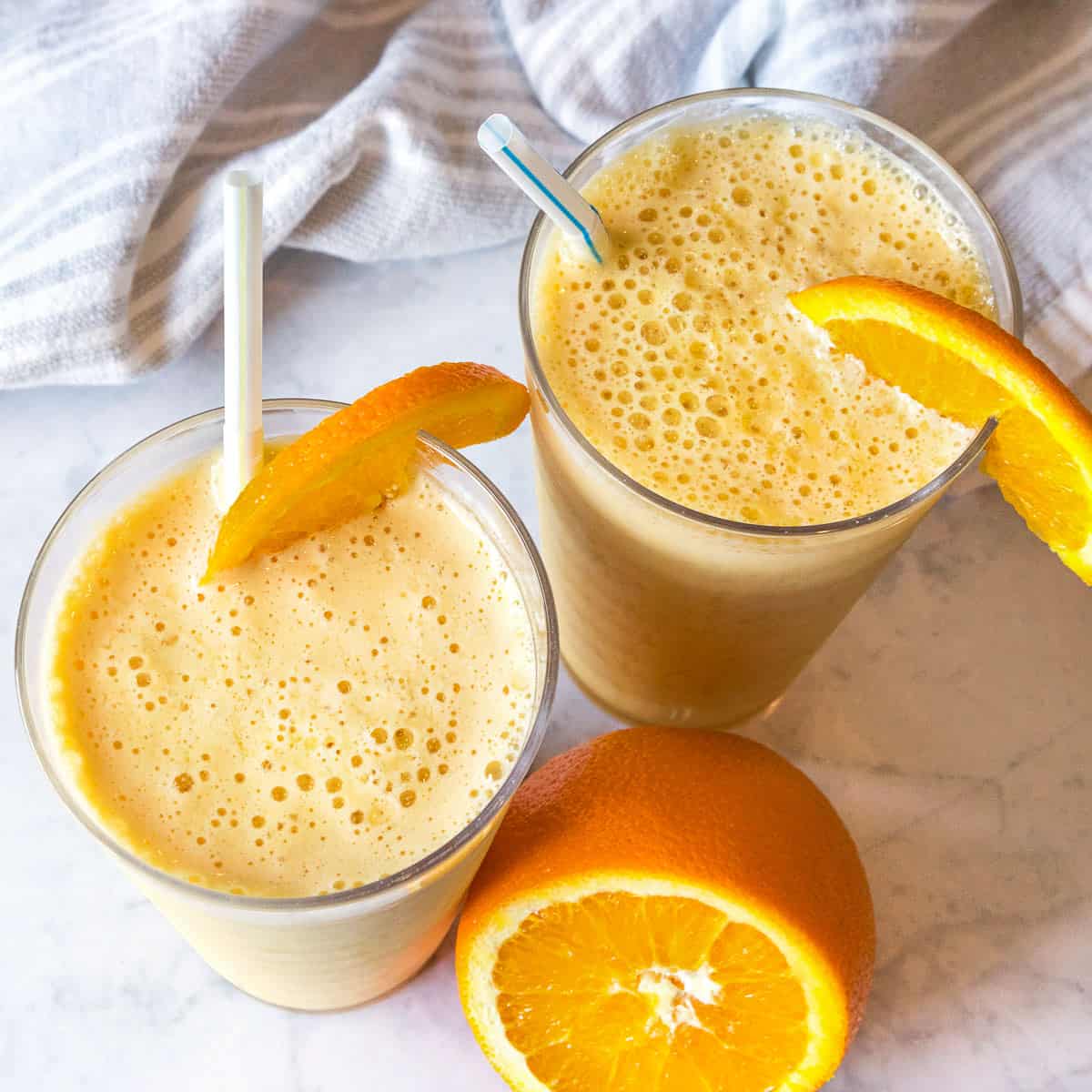 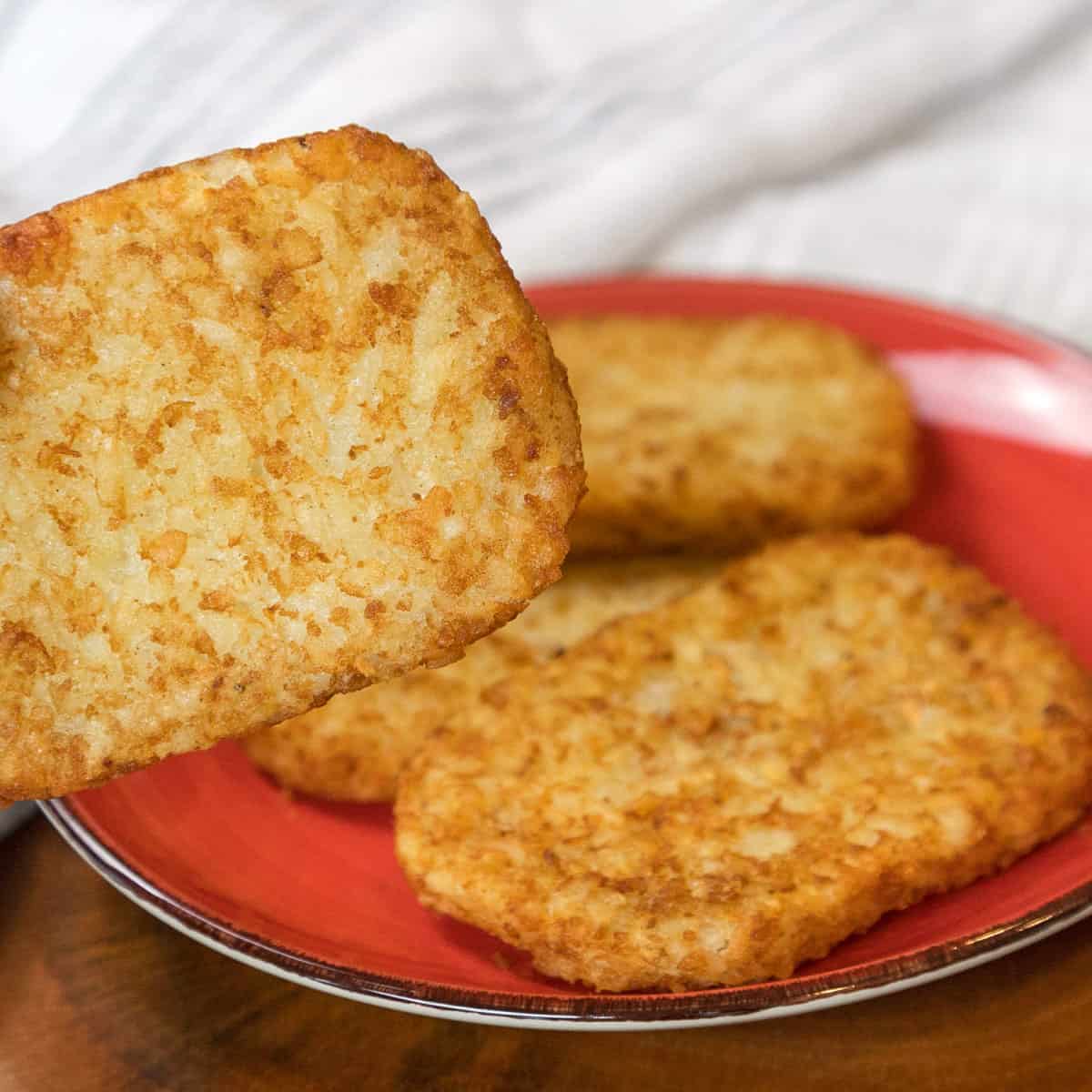